People who go to alternative e-commerce sites and buy-sell groups on social networks looking for new and used cell phones may have found some irrefutable offers of brand new iPhone’s at very attractive and below-retail prices.

In some cases, the fake iPhone tries to mimic the design of Apple’s smartphone and even fools the lazier on the subject, hoping to buy their first iPhone. Some details, however, help dismantle the farce of fake cell phones (made to look like the most famous handsets), which are almost always sold without an invoice and without the original accessories like headphones and / or charger.

Although the appearance of the replicas are almost always identical to that of an original, counterfeit cell phones do not perform as well as the originals. They are phones manufactured with parts, cameras, processor and even different software (so they are cheaper) and do not go through the quality control of the original manufacturer.

How not to fall in a cold buying a fake iPhone:

If you’re doing price searches, a few tips can help you check if it’s an original iPhone. The safest option is to buy from official Apple retailers or at authorized retailers. Have with you, too, the updated list of Procon-SP “Avoid these sites” that reveals hundreds of stores not to buy.

What to watch on a fake iPhone:

One of the details in which we can fix, is in the front button. (This is valid from iPhone 7 onwards.) If the button is physical we can take for granted that the terminal is a copy since from this version it was replaced by a digital one. The new one, even if it has a vibration to give us a “feedback” of the pulsation, is not physical.

Another thing we can fix on is the back case. The iPhone has a touch and / or quite metallic finish. A feeling of a premium finish. The copy terminals, maybe not at first, but when you manipulate them a bit, you can see that the housing is made of plastic. A plastic with a metallic touch, but it is not the same as that of an original iPhone. The test of fire would be to scratch them a little with something, and then we would realize what I am commenting on. But of course … it is not a test that we can do to any terminal.

Another aspect to review is the flash. From iPhone 7 the flash is double color. It is composed of an orange light and another white light. In copies, no matter how good they are, this is usually noticed. Because they do not come with this detail and there is something that simulates it, like stickers or anything else.

Although the location of the buttons in the terminal are usually just right, we can look at the finish. The buttons on the original iPhone are very solid and secure. In the clones of iPhone are usually loose and dance. If you put your fingers on it you will see that you can move them and even hear a characteristic sound.

This information is for the Federal Communications Commission (FCC and Anatel) on the back of the device. On newer models, such as iPhone 8 or X, there is no such information on the back (unless it has been purchased in some European Union country).

Not every iPhone model is available in the colors that appear for sale. Check out the Apple website which are offered for the model you want to buy.

The newer models use only Lightning and dispense with the P2 input. Some fake carcasses ignore this detail. Or, when they are copies of models with handset entry, they place them somewhere else.

Original mobile phones run Apple’s mobile operating system, iOS, never Android. And they present in the initial screen only an apple (company symbol). Applications are downloaded from the App Store (search for this app), and when they connect to your computer with iTunes, they are automatically recognized.

Fake iPhones will not be recognized by iTunes on your computer. In most cases they are named on the machine as a hard disk, a pen drive or external drive.

An International Mobile Equipment Identity (IMEI) is the mobile phone identification number. This is a unique code. You can see it on the back of the original carton, on the back of the phone, and on the SIM card tray. With your phone turned on, find the number under Settings> General> about. Now compare if everyone is the same.

Check your phone’s serial number, another unique combination used to get support and maintenance from Apple. Go back to Settings> General> About. Take the number and check it on the Apple website if it is valid and if the device is under warranty. Being original, you will know more details. If false, the system will not recognize

The iPhones have a screen called retina display, with 3D Touch technology (from the iPhone 6 Plus). In general, fakes use lower resolution screens, as well as cameras that are slower at the time of the click and with much lower result for photos and videos. Compare with other models of phones nearby and, if possible, with another iPhone.

Offers of iPhones with 8 GB or 16 GB of internal storage space can be misleading. The manufacturer of the smartphone works with a minimum of 32 GB (since the iPhone 7) and offers versions with 64 GB, 128 GB and 256 GB.

The iPhone has changed the design of the Home button that was once mechanical and is now more sensitive by detecting finger pressure. The newer models also bring a digital reader. Go to Settings> Touch ID and try to register your finger as identification (from the iPhone SE). If you cannot, it’s fake.

Fake iPhones are usually heavier, offer a not so good touchscreen sensitivity, take longer to charge the battery and have noticeable signs of a finish far from the Apple quality standard. Charger and headset, when present, are also different from the originals. Ask to see the contents of the box and check for the presence of these elements.

It is common to find among the counterfeit iPhone offers “extra features” such as Digital TV, alternative app store, embedded games, dual-sim (iPhone with two chips) and other functions that Apple has not yet adopted.

Scammers are always on the lookout. The best thing is if you have doubts or if you think it’s too nice to be true, do not be. Do not be influenced by the urgency of the buyer and take the time to ensure that what you are buying is an authentic iPhone and not a good or bad copy. 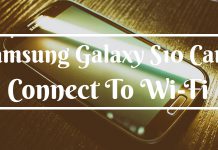 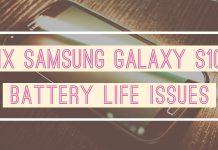 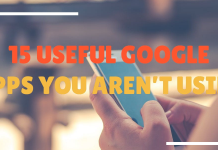 Best iOS 12 Features You Should Know About

How To Unlock Sony Xperia XA2 Plus Easily

How to Unlock Samsung Galaxy S9 Plus Easily

How To Unlock LG K20 Plus Easily

How to Use Intelligent Scan to Unlock Your Samsung Galaxy S9...